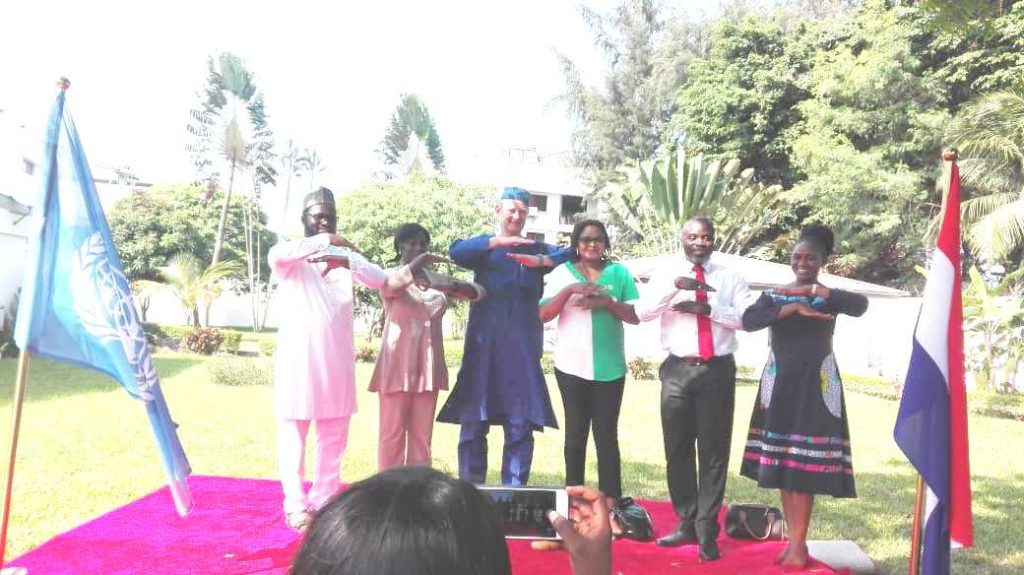 The Kingdom of The Netherlands Embassy and Soroptmist International Nigeria, with the Lagos State Government celebrates International Women’s Day 2020

Every March 8 is International Women’s Day. The dominant theme for this year’s Observance is “I am Generation Equality: Realizing Women’s Rights; while the campaign theme is #EachforEqual.

To commemorate this year’s event, The Kingdom of The Netherlands Embassy and Soroptmist International Nigeria, supported by the Lagos State Government organised an afternoon tea reception at the Netherlands Embassy, Lagos. The event brought together a crop of women and girl leaders, gender equality activists, women’s rights advocates, and change makers of all ages and genders, and provided an opportunity to highlight the progress made on achieving gender equality in Nigeria 25 years after the adoption of the Beijing Declaration and Platform for Action. In addition, it provided a platform to discuss how collective positive actions can be taken towards achieving more quantifiable progress on gender equality and women/girls’ empowerment in the near future.

While declaring the event open, the Consulate General of the Kingdom of the Netherlands Embassy, Jan Van Weijen, reiterated that remarkable achievements on gender equality have been made all over the world since the adoption of the Beijing Platform for Action. He stated that there is still need to mobilize global action to advance gender equality worldwide.

In the same vein, the President of Soroptimist International Nigeria recognized the success of the Beijing to Platform for Action over the years and commended its sister organisations worldwide for championing change initiatives that have led to a progressive gains guiding continuous collective action in alignment with the theme #EachforEqual.

The highpoint of the event was the cutting of the IWD 2020 cake provided by the Gender Team of Sterling Bank Nigeria. Everyone present was asked to put their arms out front and Strike the #EachforEqual Pose to show solidarity and motivate others to personalize International Women’s Day as their day.

The event was brought to a close with a vote of thanks said by the Consulate General of the Kingdom of the Netherlands Embassy, Jan Van Weijen.

An Equal world is an Enabled world.